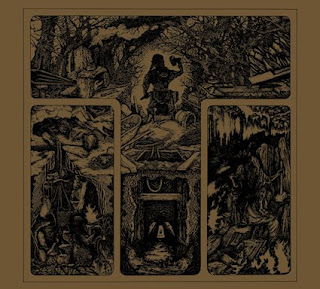 Can you give us an update on what has been going on with the band since the recording and release of the new album?

Well since the recording we lost Radocunt and Pan2 who disappeared during the pandemic, so we replaced him with Big Chris on the bass, I fired myself from playing guitar as I wanted to focus on vocals so we got a new guy Lex on the guitar too. As well as rehearsals and getting pure mad with it, we have a few new tunes in the pipeline..some acoustic stuff with Scottish Gaelic lyrics that we’ve been working on and some more Nyctopian occult metal songs.

2.Recently you have released your first full length, musically how does it differ from your previous demo?

Well, I was really pissed off with the first demo…In fact that was meant to be released under our earlier incarnation as Moonrape, but we were thrown out the studio in Edinburgh which was upstairs in some church. Apparently, there were too many complaints. Our band members had allegedly threatened the churchgoers as well as allegedly desecrated some items in the church. I do remember Jaan from black metal brewery making drunken speeches from the pulpit. I don’t know what the guy was expected by inviting Moonrape there to record our demo. Anyway we were thrown out and the guy gave me everything on one reel so I couldn’t mix any of it. My vocals were all in one take, I did not have the chance to do them again as we spent 2 days recording the bass. Jaan was hallucinating on some drugs that Pan1 had given him and couldn’t play, so me and Luigi played his parts. At least some band guys robbed the wine from the church before we left. I decided eventually to baptize that demo under the banner of Nyctopia as Moonrape was dead already and we play some of the old songs.

3.Thius is also your first release in 4 years, can you tell us a little bit more about what has been going on during that time frame?

Well we played only 2 shows as there were a few cancelations including a show I was looking forward to with Satarial..I was also banned from some venues then the pandemic hit. We played one private gig in the crypt under my house to a handfull of people and a bigger show ”Full moon gathering“ with our friends from Sturmtiger and Rancor Profundo. Christophe Szpajdel was also there showcasing an exhibition on his art as well as Black Metal Brewery (our old Moonrape bassist) who was doing a “tap take over“ of the pub. It went down great. Our guitarist Barrat managed to lock himself in the toilets before the show then got himself thrown out of the venue, at least after we had played. We had a boa constrictor on stage and some heavy metal pole dancing ladies, good times.

Band wise it was a struggle to record the album which started at least 2 years ago. Our recording engineer disappeared for a year and when we did meet up we were that drunk and high that it was difficult to get anything done.

4.Some of your lyrics cover Occult themes, can you tell us a little bit more about your interest in  this topic?

I don’t write the lyrics, they come to me. Some of the lyrics can be interpreted as occult but it is subject to interpretation there is a lot going on with the vocals, different people/entities are talking in some songs like the Oracle of Deception. I like to think I have a scientific mind, if not I would go insane for if you invoke the supernatural you are vulnerable to the self destructive madness of your own thoughts, in fact many of the songs are about these tormented horrors of the mind such as in Foray into Madness. For some people these delusions are a reality, if it’s just one person’s delusions you get locked in a mental health hospital, if it’s a group of people sharing these beliefs, it’s called religion. It’s a reoccurring theme in the songs actually.

I don’t really set out to say hey let’s write a song about going ice fishing or anything like that. I or someone else plays a riff and I visualise the vocal melody, and the lyrics just come sometimes quickly sometimes slowly, but if I’m feeling it, the lyrics will come. The new lyrics came to me in Gaelic.

6.What is the meaning and inspiration behind the name 'Nyctopia'?

Well after the demise of Moonrape and I started creating dark atmospheric music in my crypt, I needed a name that would not only encapsulate the essence of Moonrape but which covered a wider spiritual spectrum of darkness. We all live for the night and hate getting up in the morning. Nyct comes from the Greek “nyx” meaning night and utopia blended together forms Nyctopia; a utopian world of total darkness.

The artwork was important to me, I had the vision that every song should be reflected by an image which could also tell the story. I worked with a few artists trying explain what was going on. I think they did a great job. Hassan Grim the wizard of Azerbajan and Andrzej Kuziola

Yes as mentioned before we don’t play often, but our next gig will be the album release show on the 21st May at Audio Lounge in Glasgow together with Ziegenhorn from Estonia, and including support from Glasgow bands Brainbath and Nightfighter. It’s a great venue with no security and no bar so you can bring as much booze and spiritual refreshments as you want.

9.On the album you also did a 'Grand Belial's Key' cover, what was the decision behind doing your own version of one of their songs?

This was a song that Absolute bastard the (co founding guitarist of Moonrape )now in Rancor Profundo brought to the band we used to play this live as well as Graveyard shuffle form The Devilsblood. It was Pan2 that blasted the hell out of that song, making it sound even more chaotic. My solo is pretty good too on that one.

10.On the new album you also had a guest appearance from Hoest from 'Taake', can you tell us a little bit more about his contribution to the recording?

I sent him a message hey you wanna do this part and he said he liked the song and yes. So we sent the track over, he went to his studio in Bergen and recorded it. We’re actually working on a video for that song.

I have no idea!

Well I’m hell bent on releasing some acoustic stuff in Scottish Gaelic! We’re also looking for a new drummer so if you’re reading this and live in Glasgow get in touch!

13.What are some of the bands or musical styles that the band members are currently listening to nowadays?

I listen to tavern music when I come home and drink ale. Sometimes I go to the opera at night. It depends where I am or what I’m doing. If I’m speeding at 100mph I listen to Marty Friedman’s Dragon Kiss or something like that. In my crypt I love listening to Goblin. Never get bored of it. Big Chris listens to Warduna, Barrat to a lot of obscure black metal and Lex mostly thrash I think.

Don’t put toothpaste in your eyes. 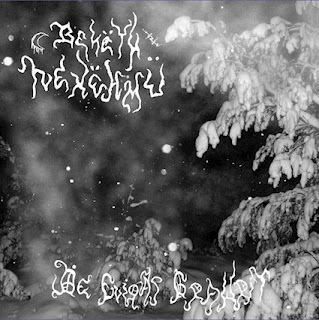