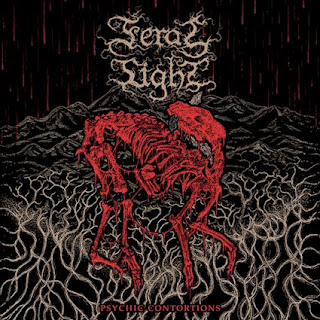 When  guitar  solos  and  leads  are  utilized  they  are  also  done  in  a  very  melodic  post  metal  style  along  with  one song  also  adding  in  a  small  amount  of  clean  playing  and  the  music  also  has  its  sorrowful  moments,  the  album  also  closes  with  an  instrumental.  The  production  sounds  very  professional  while  the  lyrics  cover  nightmares  and  bad  psychedelic  trips. 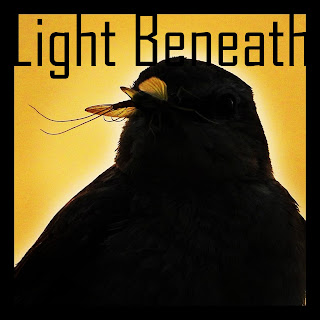 Clean  playing  starts  off  the  album  before  going  into  a  heavier  post  metal  direction  while  melodies  are  also  added  into  some  of  the  guitar  riffing.  Vocals  are  mostly  angry  sounding  black  metal  screams  along  with  the  faster  sections  of  the  songs  also  adding  in  a  decent  amount  of  blast  beats. 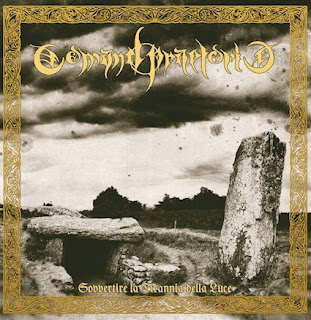 Clean  playing  can  also  be  heard  briefly  along  with  the  spoken  word  parts  also  giving  the  music  more  of  a  ritualistic  feeling  when  they  are  added  onto  the  recording  as  well  as  the  music  also  more  more  rooted  in  a  modern  black  metal  style.  The  production  sounds  very  professional  while  the  lyrics  are  written  in  Italian  and  cover  denying  Abrahamic  Monotheism  and  taking  refuge  in  the  shadow  of  the  night  sky,  patronized  by  the  Indo-European,  Asuric  and  Uranian  dieties. 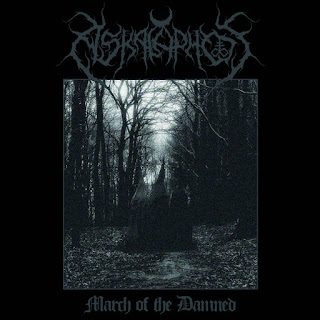 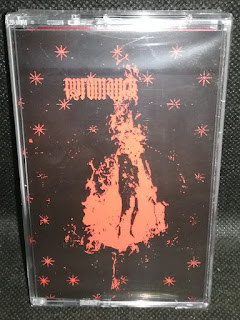 We formed in late 2018 in North-East Italy

2. In December you had released an album, can you tell us a little bit more about the musical style that you went for on the recording?

We wanted to start from the primordial first wave of Black Metal and try to express ourselves from there, creating something personal. To compose the Demo tracks I studied 'Bathory - The Return' maniacally. We wanted something minimal and raw, like Hellhammer, not as a final result but as an approach

3. What are some of the lyrical topics and subjects the band has explored so far with the music?

I think the synthesis is the relation with the devil and its many forms, 'A molecule of The One with many faces'

4. What is the meaning and inspiration behind the name 'Pyromancy'?

It was suggested by a friend and I immediately liked it, because it's something concrete, material and dangerous. It's a name that nobody took even if it's simple, and due is simplicity my instant perception was about something familiar but not visible yet

The main subject came in my head meditating, the surroundings stars are taken from 'Cappella degli Scrovegni' in Padova — near our area — painted by Giotto. In his original version stars creates an orderly pattern, since at the time they saw reality as a perfect order. We just started from there but with the opposite message, misaligning the stars

6. Has the band done any live shows or is this strictly a studio project?

We didn't think Pyromacy as a studio project, but I think we have a lot of work to do before finalizing the live aspect

7. So far very little is known about the band, are you planning on expanding your presence in the future or do you prefer to keep a lower profile?

We didn't plan anything about our presence sincerely, we just act how we think Black Metal should be, but a low profile is not our final goal

8. The new album was released on psychical version by 'War Productions', how did you get in contact with this label?

We already had in mind to produce an audiotape, so I thought to send a sample to War Production, since they produced a lot of releases in that support.  War Faust replied he liked what he heard, so we sent him the full Demo. I respect the fact that he produced us, a band that came out from nowhere, and totally supported us

I heard positive and also different kinds of feedback, someone found VON influences, someone Death Strike's ones, someone Sarcofago and Impurity. I see this Demo as a test for ourselves mainly, to learn and improve. To have the clearest idea possible of how our sound could be we contacted The Forge Music Prods (Demonomancy, Flamekeeper) and he did an extremely good job in mixing and mastering it. That's why our release has a good production for a Demo, but the goal was just to have the clearest idea possible on how to proceed to future releases

We are working on another Demo with the aim to recreate the tension, given by minimalism and impulsiveness, that the first masters had. Doing so nowadays is hard, because our goal is to do it without sounding like a revival or as mannerists. What we want is to understand the old master's approach, not their result, to create our own

The main ones are Bathory, Venom, Wretched, Hellhammer as influences. Those that are always on the playlist are Blasphemy, Katharsis, S.V.E.S.T, Mortuary Drape, Tormentor, Nameless Therein. Recently I am listening to Funereal Harvest, Grafvitnir, Kaija Saariaho, Deathless Void

Thank you and to the readers for your time and support