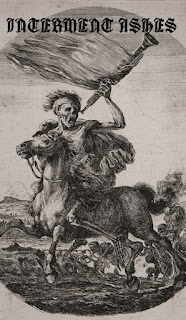 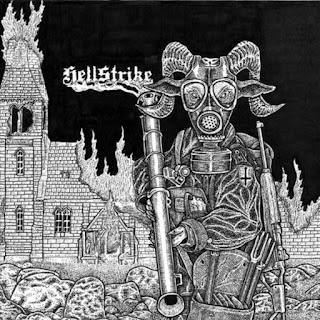 A  very  heavy  and  aggressive  sound  starts  off  the  album  while  you  can  also  hear  all  of the  musical  instruments  that  are  present  on  the  recording.  Vocals are  mostly high  pitched  black  metal  screams  as  well  as  some  occasional   death  metal  growls  along  with  some  melodies  also  being  added  into  some  of  the  guitar  riffing. 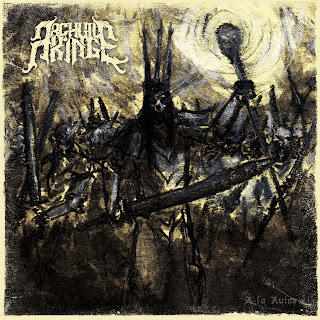 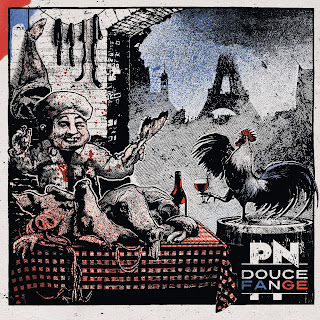 LORD ZEPOL: We are three that walk in the abomination's wake, both together and separately, calling upon and drawn to the order of HE by conjuring blasphemous noise in improvised raw rituals.

2.So far you have released a full length and also have been a part of a split, musically how do both of their releases also differ from each other?

LORD ZEPOL: "The First Key '' was our initial collective summoning with these magick instrumental tools and spells that we were still figuring out how to utilize. "UNBOUND" represents a more-complete but still imperfect bestial cacophony. Forever or until HE calls us away from this realm, will we continue to strive to open the door.

PRICOLICI: BEND THE KNEE FOR NO ONE. DISTURB NOTHING. DESTROY ANYTHING THAT DISTURBS YOU.

4.What is the meaning and inspiration behind the name 'BOBAK'?

PRICOLICI: THE DAY WILL COME. UNTIL THEN WE WAIT IN THE DARK.

6.Recently you where a part of a split with 'Deadyellow', what are your thoughts on the other band that had participated on the recording?

AGRUVZI: Deadyellow are truly fine counterparts to our malicious audio atrocities. Whereas BOBAK dig through the grit and murk to craft a diabolical dirge, Deadyellow travel on a similar dead end path, but hovering slightly above the ground with more fearful finesse than we.

7.The split is coming out on 'Wet Cassettes', can you tell us a little bit more about this label?

AGRUVZI:  Label owners Nill and Bick called upon us to commit our unholy rituals to tape after they found us filming a music video in the woods by their home. We were their first trve purveyors of wicked blackened harshness. They are absolute freaks and weirdos but run a fantastic little label.

AGRUVZI: We are not concerned with this world's views of our summoning's, but considering the ample coverage and the first album selling out rather quickly- I can say it has been favorable. Well, besides that 4.5 from Pitchfork.

LORD ZEPOL: We will continue to focus our intentions and channel ourselves into our incantations, bleeding ourselves into chalice after chalice to perfect our ritual, more apostles are always welcome to enter the circle.

AGRUVZI: Vide, Vermapyre, and the modern embodiment of Beelzebub himself, Justin Bieber.

PRICOLICI: WE BELIEVE IN HE.

AGRUVZI: Breathe sin in, grab "UNBOUND" from Wet Cassettes and prepare to go beyond the gate with us. Oh, and never stop questioning: "are they taking trve black metal too seriously, or not at all?"