Hello, greetings from the rainy Basque Country. First of all, thank you for the interview and apologies for the delay in answering it, it has been impossible for us to do it before. The band was formed in January 2020 just before the pandemic, without much expectation, but as with the lockdown we had more time to compose and we saw that the project was flowing, we decided to continue with it in a more serious way, and so on until today. The pandemic has delayed us for a few months, since initially we thought that by the end of spring we would have the album finished, but in the end it came out at the beginning of December. It has cost a lot of work and time, but finally the album "Purgatori Ignis Iucidium" is in our hands. Since the release we have been quite busy with the remaining promotion, the album sales (both on CD and digital, via bandcamp), sharing reviews, preparing interviews and so on.

2.Recently you have released your first full length, can you tell us a little bit more about the musical style that you went for on the recording?

Prior to this debut album we had basically done a demo song with a very homemade and rough production and mixing, and then a promo song, this time with a better production. Since then, our style has evolved to something not so crude or so completely oldschool, we have added layers to our music, working a lot in the compositions and adding many details from various sub-styles of black metal and metal in general, so that listening to the album is not monotonous and the album seems better each time you listen to it. There’s quite a lot going on if you take the time to listen carefully. We think we have achieved a more mature sound, with plenty of details, surprises and influences, but without losing the violence and speed of our beginnings. We must also highlight the work of Oscar (ART Dystopia Studio) with the mixing and mastering of the album, which has been crucial for the definitive sound of Velka's album.

3.The lyrics on the album are a concept album, what are some of the inspirations you have for your songwriting?

As you have said, our lyrics revolve around a concept, as they follow the narration of a murky and decadent personal story of descent into the depths of the psyche. Our main lyrical themes talk about guilt, purgation, loneliness, consternation, despondency, the limits of sanity, the consequences of the loss of faith, hope and humanity… The inspiration comes mainly from life, the lyrics are really quite autobiographical in a sense. Some of the inspiration also comes from a couple of horror movies, a videogame saga and some literature, but generally speaking it’s just life.

4.What is the meaning and inspiration behind the name 'Velka'?

The name of the group refers to Velka, the goddess of sin in the universe of the videogame saga Dark Souls. We chose this name because we are followers of this saga, as well as for the deity herself, taking the values that she represents as an influence for some of our lyrics: Sin, punishment, absolution…

The artwork for the album cover is done by Silvpheric (Rather Dark Art), an artist we found on instagram. When we came across its work we loved it immediately and soon selected one of its pieces of artwork, explained the necessary changes we wanted and had our album cover’s artwork done in no time. We believe that it perfectly symbolizes the concept of the album and that it fits very well with the title itself. We are very happy with this front cover and will probably work with Silvpheric again. Highly recommended artist, for sure.

6.I have read that the band prefers to keep a low profile with no shows and also keeping the band members names anonymous, what kind of impact does this have on the musical style that you play?

Yes, this was decided when the band was formed, even before uploading the demo of "The Imposed Punishment", wanting to get people to pay attention only to the music and the concept of the band. The lyrics and our way of communicating follow the same ethereal band concept, in which individual members don't matter. It is true that this also affects to a certain extent when it comes to being able to publicize and promote the album, but for us it is more important that we are all one, that everything we do is only Velka.

7.Do the band members have any experience playing in other bands or musical projects before forming this band?

Yes, we are and have been part of bands and projects of similar styles, but we can say that this is our first black metal project of a certain repercussion. Anyway, Velka has now become very important to us.

8.The album was released through both “Base Record Production” and “Necromance Records”, how would you describe the support that they have given you so far?

We are very grateful for the trust Base Record Production has had with Velka by quickly signing us up to the label and offering us the deal. Gaspar (BRP) has been very important for the release of the album. As for the promo, we are practically taking care of everything, with our means and investing a lot of time and well, we are not doing so badly. Although we see that many blogs, websites, etc. ignore us, we also see how good the reviews and the feedback from the general public are being, which motivates us a lot. Soon we will prepare a limited run of t-shirts and we are also in search for a label that releases our debut on vinyl, although we know that it is complicated due to the length of the album. Step by Step.

9.On a worldwide level, how has the reaction been to your music by fans of black metal?

Taking into account that we are a totally underground and anonymous band, the feedback has been very good until now: People have bought us CDs from many parts of the world (UK, Germany, USA, Canada, Japan, Italy, The Netherlands, Israel…), we are getting some public support, the reviews have been excellent for now, etc. We hope that this trend continues and that we can reach more and more people soon.

That's a good question, really in the last songs that we wrote for the album (and in the added details and last minute arrangements for the previous songs) we added more variety of rhythms and ideas, like a logical evolution of Velka's music. We suppose that we will explore more branches of the genre but without losing our speed and fierceness altogether, although until we start to bring out new songs and see where the music leads us at that moment we will not know anything for sure. What is clear is that Velka will continue to be Velka, although probably with more nuances and a greater sound variety.

At the beginning, our main influence for Velka was the scandinavian black metal of the mid-late 90s, but we have added a lot of variety: melodic fragments, some black/death, some depressive and melancholic parts, lots of aggressive rhythms and even some post black metal details, everything done in a way that fits within the Velka universe. On a personal basis, our influences are really diverse and we listen to a lot of different kinds of music, but focusing on music more akin to Velka, lately we are listening to Lostregos, Akhlys, Ur, Sinira, Etxegiña, the 3rd and the mortal, Uada, Wrath of Echoes, TriumphGenus, Dissection, Immolation…

There may be something of those beliefs and practices within each one, especially on a personal level. In the songs of Velka there may be some traces of it, but we mainly leave these beliefs for the personal sphere. Velka is more conceived for talking about the mental states that each one goes through during the darkest stages of life, without directly referring to any satanist or occultist component.

Thank you very much for your time, your attention, and for your good words towards our album. We hope that your readers will give our album a chance, since we believe that they will not be disappointed and that they will enjoy an hour of black metal full of violence and speed, surprises, variety and trips through many styles of the genre. To get copies of our CD people should go to our bandcamp or write to us directly in the directions that we leave below. Thank you very much and greetings! 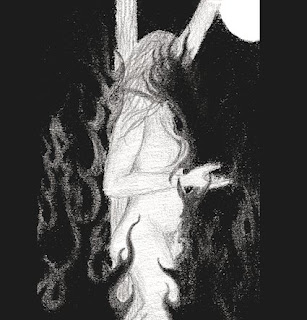 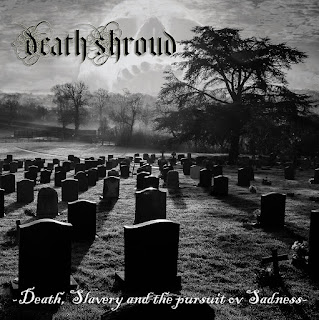 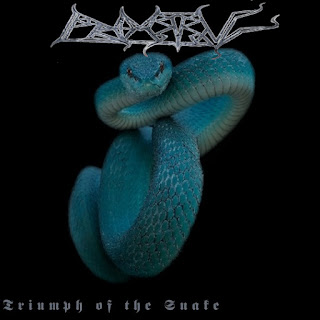 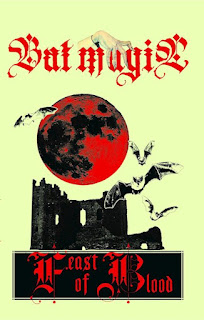