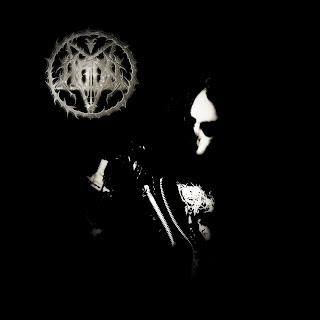 1. KROD was born as a result of a pandemic, Zabulus Valtakunta Founder who gives life to this project was born in Melipilla which means “four devils” (mapudungun native language.)

After leaving the mental hospital and being accused of false sexual abuse, I decided to unleash my anger through music, where I was able to channel hatred towards hypocrisy and faith-promoting religions. Years of voluntary confinement led me down this path that I always wanted to do and in which now I find myself involved in my own hell that I always long for.

2.So far this year you have released 2 full lengths and an ep, musically how do they all differ from each other?

2. There were 22 songs in total, and they were all recorded well followed so they maintain a good-looking essence, I don't seek to change and sound better on each album, I only do what I like, those are the advantages of having a solo project. In addition, my mental illness helped me to dare to sing and unleash that fury that I had inside, it was the best decision before having killed the psychologist.

3.A lot of your lyrics cover anti Christian themes, can you tell us a little bit more about your hatred for this religion?

3. Christianity is the cancer of the earth like other religions, the religious pandemic must die. I dislike how the Vatican covers up pedophile priests leaving them unpunished. The gallows should be back for them.

4.Ypou have also made some references to Satan, Lucifer and Baphomet in your lyrics, can you tell us a little bit more about your interest in Satanism?

4. When I started singing at Krod several times I felt possessed. At the moment of screaming I felt a beast roar in hell wanting to be released. Every day Satan its here I had a presentiment of it in my recording studio. Which I felt most chaotically comfortable with. I do not believe in the Satanist church as an organization. I only see a profit organization. The bald Anton Lavey was just a cowardly profiteer and dirty businessman more of the fucking faith like the other garbage.

Satan wrote a large part of this album in large part I owe it to him.

5.What is the meaning and inspiration behind the name 'Krod'?

5. KROD is the acronym for "Kill, Rape or Die" referring to necrophilia. In which I talk in the first demo on the song I Rape the Grave. Where I tell the story of a possessed man digs up his dead girlfriend to rape her and say goodbye for the last time.

6.Can you tell us a little bit more about the artwork that is presented on the newer album cover?

6. The album cover is the symbol of greatest satisfaction when I see these images, the flames should never end, they must keep burning forever. I only seek to continue offending Christianity by giving it the battle. "I support the burning of churches but I am not doing it, because I would go to jail" as ABBATH said some time ago in the form of a mockery against VARG VIKERNESS. The cover perfectly reflects my deep hatred of religions and my anti-Christian stance.

7. All the recordings are done in my own studio, it's not a big deal but I have the right thing to do to blow away anger in every fucking song.

I usually add 2 and 3 guitars for each song, some I didn't do the bass especially at the beginning, I liked the strident sound of the guitar. But those who made a bass line left me well satisfied, for example in “catharsis in tenebrum perpetuom” I recorded it with a 6-string fretless bass that gave it all that melodic and melancholic weight within a chaotic passage of sharp guitars and a battery that breaks your skull. I also try to record as much as possible in a single take each track to keep that essence of black metal.

So far I'm happy working alone, but I do hope in the future to look for a drummer who can help me with this project. Well, I am currently working on a Split with the band CRUCIATUS INFERNALIS (Austria) that will be released in April next year under the KVLT UND KAOS label.

8.So far you have worked with 'Valtakunta Records' and 'Kult und Kaos Productions', can you tell us a little bit more about these labels?

I'm working with  KVLT UND KAOS   from Austria which has helped me as a distributor for the album “Rotten Gods Burn in the Abyss of Serpents” in Digipack format for Europe / North America, you can also find merchandise on their bandcamp page. I am very grateful to this label for having trusted in KROD.

Valtakunta Records is my own label where I record my musical sessions and also distributes for Latin America.

9. Well the truth is that I have never made music seeking acceptance from others, but I must admit that it has had good criticism in digital media dedicated to the black metal scene. Only the Black Metal Promotion channel refused to publish my work. I hope it fucks up. Like other local labels that only steal from bands by pirating their music offering 1% of the profits, they really suck.

10. Well, the main thing is not to see me as the majority of bands that are slowly selling until they become hated by their former fans. I dislike the modern sound of some bands. Black metal is not for everyone black metal is selective and should be represented with hatred, not fairies or fucking goblins. Dirty humanity seeks self-destruction and it will be.

11. Basically what introduced me to black metal was burzum, gorgoroth and darkthrone from the 90s, I am looking for a sound from those times like forgotten Woods and Judas Iscariot, at present the scene is very disappointing, it really sucks how they have manipulated it from Bad form and transformed into groups of defenders of minorities and respect for others, stop your shitty speech and withdraw from a scene that does not want to see you alive. Black metal is not fashion. Black Metal is hate, blood and death. And so as it should be perceived. I don't blame you if you don't understand why you are clearly just one more sheep in the rotten herd.

To make it clear that I do not support any political party or communists or ultra-right, the two sides can suck my balls. Like all the great leaders of this fucking filthy world. The big winner in this ultra-repeated story has always been the bullets.

Whoever has the best weapons and best tactics wins the game. The third war is here and you are the protagonist, I interpret it, you write them with blood this dirty history. As Mutiilation would say "destroy your life for satan" I am a negative and realistic person, not a role model of this new hypocritical society created by tendencies.

12.  Well finally, I invite all the demons of black metal to listen to my new material, in addition to informing you that the album "Rotten Gods Burn in the Abyss of Serpents" is already on sale in digipack format. KVLT UND KAOS available for Europe and North America and VALTAKUNTA RECORDS for Latin America, which I will be sending with blood to each of you, you can purchase it via Bandcamp or DM to krod.band@gmail.com

For next year there will be a new album on which I am already working and it is sounding brutal,  I hope to release a promotional single along with a 30 minute live video where I will be playing 8 songs.

Thanks Occult Black Metal Zine for supporting the Underground. The real scene is here and now.

See you in hell. 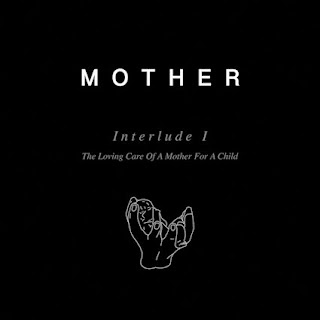 This  is  a  review  of  another  recording  from  Belgium's  Mother  which  continues  the  atmospheric  mixture  of  blackgaze,  post  and  sludge  metal  from  their  full length  and  the  single  will  be  released  on  December  12th  by  Consouling  Sounds.

On  this  recording  Mother  remains  true  to  the  atmospheric  mixture  of  blackgaze,  post  and  sludge  metal  from t heir  previous  release.  The  production  sounds  very  professional  while t he  lyrics  cover  a  mother  figure  guiding  a  listener  through  a  burdensome  journey. 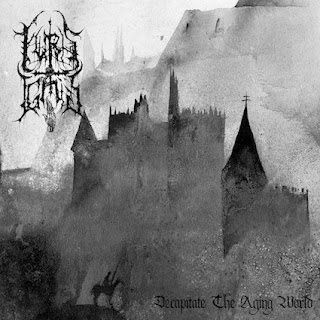 All  of  the  musical  instruments  on  the  recording  also  have  a  very  powerful  sound  to  them  along  with  one  of  the  tracks  being  a  dungeon  synth  orientated  instrumental  before  returning  back  to  a  heavier  direction  on  later  songs,  spoken  word  parts  can  also be  heard  briefly  towards  the  end.  The  production  sounds  very  dark  and  raw  while  he  lyrics  are  written  in  a  mixture  of  English  and  German  and  cover  Satanism,  Occultism  and  Darkness  themes. 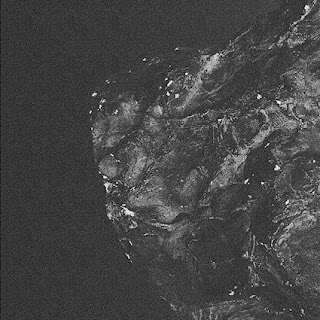 When  tremolo  picking  is  utilized  they  also  gives  the music  more  of  a  raw  feeling  along  with  the  cleaner  sections  of  the  songs  also  adding  in  touches  of  shoegaze  as  well  as  one  track  also  introducing  whispers  and  spoken  word  parts  onto  the  recording  and  the  album  also  closes  with  an  instrumental.  The  production  sounds  very  professional  while  the  lyrics  cover  dark  themes. On  this  recording  Edenkaiser  goes  for  more  of  an  old  school  style  of  black  metal  and  mixes  it  with  elements  of  thrash  metal  to  create  a  very  aggressive  sounding  recording.  The  production  sounds  very  raw  and  old  school  while  the  lyrics  cover  Chaos,  Armageddon,  Apocalypse,  Nihilism  and  War  themes.