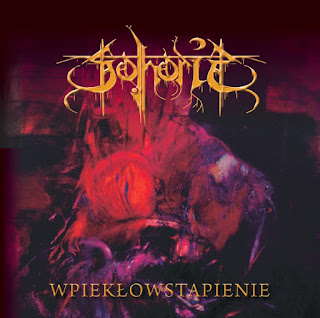 Sothoris  plays  a  musical  style  that  takes  the  most  aggressive  styles  of  black  and  death  metal  and  mixes  them  together  to  create  a  sound  of  their  own.  The  production  sounds  very  professional  while  the  lyrics  are  written  in  Polish  and  cover  Darkness  and  Anti  Religion  themes. 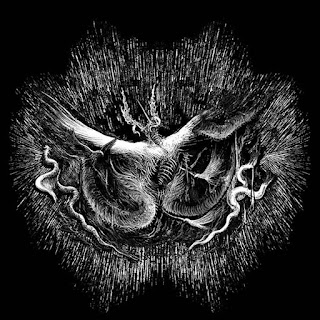 Signs Of The Dying Summer Interview

The story of Sotds has started about year and a half ago. I Had an idea of presenting more nostalgic, atmospheric music some years ago, but there was not enough time to focus on it. Lockdown caused by Covid pushed me to organize these ideas and first songs were prepared. All those melodic riffs which didn't fit in Martwa Aura or Annihilation Vortex music came together in a consistent formula. I asked Uhu and A. Sarg to join me and here we are.

2.In November you have your first album coming out, can you tell us a little bit more about the musical style that you went for on the recording?

SotDS music is a mixture of atmospheric and morbid, depressive moods. It's sort of a tribute to early Katatonia recordings with black metal background.

3.All of the band members also play in other bands, what is it that you bring into the music of 'Signs Of The Dying Summer', that you are not able to do with your other groups?

Specific atmosphere of SotDS music is something different from music of Martwa Aura, Annihilation Vortex or Sarg. All those bands have roots in extreme music, but each group focus on various moods. Martwa Aura is more sinister, Annihilation Vortex is a mixture of crust, black and death metal, Sarg focus on harsh, ninimalistic vision of black metal.

Lyrics touch such existencial themes as evanescence, vanity of life and dark side of human nature.

5.What is the meaning and inspiration behind the name 'Signs Of The Dying Summer'?

The name of the band stands for specific mood, it is a mixture of nostalgic and gloomy atmosphere connected to some sort of painful and even traumatic memories. SotDS is a symbolic credo, a phrase that presents the generał mood we want to achieve in our recordings.

Album cover and all other drawings were prepared by Polish artist, Edward Kreft. Trees from the cover represent stages of life which interpenetrate themselves. Childhood, adulthood and old age, all coming Towards the inevitable end.

7.Has the been had any opportunities to do live shows or open to the idea?

At the moment we don't take such an option into account.

Reactions are positive. I saw some reviews of 'Oto jest Pustka' and it is really motivating feedback.

I play the guitar in Martwa Aura and Annihilation Vortex. We finished Polish tour with Mgła few weeks ago and now we are working on Split with Yfel1710. With AV we are preparing second full length album. A. Sarg is involved in Sarg band. 'Demon' LP will be released soon. He recently joined Uhu's band called Gone. It is a mix of black nad death metal. They will finish works with new material soon. Uhu has another band Inside Her. They play synthwave with metal groove background. So as You Can see, we are quite busy fellas.

10.Where do you see the banf heading into musically during the future?

We do not have any demands or expectations about the future, time will tell if Sotds gets significant reception.

We listen to various genres of music, which are inspiring for us. When it comes to Sotds, we wanted to express our inspiration in bands such us Katatonia, Tiamat, Forgotten Tomb and Shining. Morbid and  atmospheric mood of their works is the main factor for us to present similar emotions through music.

Thanks for the interview. Greetings 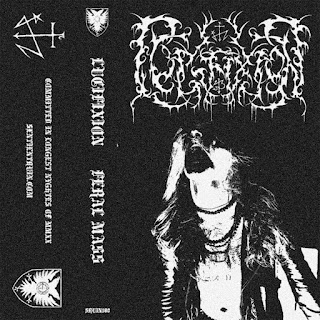 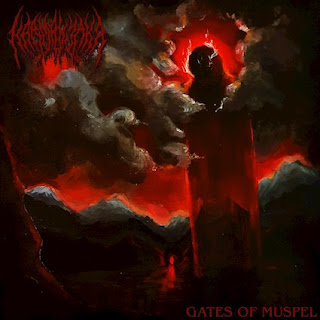 Some  of  the  riffing  also  adds  in  more  progressive  touches  on  some  of  the  tracks  along  with  one  track  also  introducing  acoustic  guitars  and  keyboards  onto  the  album.  War  style  viking  horns  and  tribal  percussion  can  also  be  heard  briefly  as  well  as  some  of  the  songs  also  being  very  long  and  epic  in  length,  clean  vocals  are  also  introduced  later  on  during  the  recording  and  there  is  also  a  brief  use  of  folk  instruments.  The  production  sounds  very  professional  while  the  lyrics  cover  Norse  mythology  and  The  Prose  Edda.