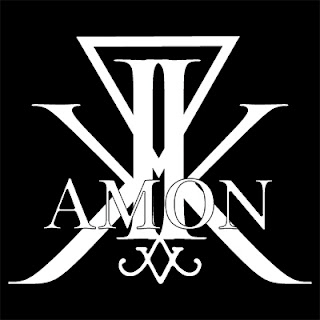 We have all known each other for over 20 years. When we started recording, it was just the two of us, Kra Cillag and myself. Then events happened and Kra Altar joined us on drums, and finally Fyr came in on bass.

This project is simply the logical outcome of the ties that bind us, but also of what we have become over the years. To this day, we haven't found a better way to express ourselves other than by creating music. It's what we've always done since we were teenagers.

2. You have a new album coming out towards the end of November, can you tell us a little bit more about the musical style that you went for on the recording?

There wasn't really a choice. We've always done black metal. When we started recording, the ideas were primitive, simple, raw... We would both come up with riffs, record them, and from there the ideas just flowed. We didn't hesitate to eliminate what was wrong, not because it wasn't related to the style, but related to the coherence of the narrative we had developed in each song. And every step of the way there were changes. Some of the drum parts just changed our idea of certain passages for the better.

3. What are some of the lyrical topics and subjects the band has explored so far with the music?

With a few exceptions, the lyrics are mainly by Kra Cillag. From his background he has a natural ability to formulate ideas in a simple yet metaphorical way. But whether it's him or me, the themes remain totally personal and linked to our experiences. The voice is an instrument like any other in music, so its place influences the way ideas are expressed.

It's sometimes abstruse, but it's logical as a whole. Each member of the band has experienced victories and defeats, the absoluteness of life and the darkness of death, peace and war in his inner self.... We have experienced all these moments absolutely, so it is only natural that they are the themes of our lyrics. Telling stories is not really our thing.

4. What is the meaning and inspiration behind the name 'K Amon K'?

The path that led to the choice of K AMON K is quite particular. The name has a long history in the band as it was originally attributed to Kra Cillag's creations, and using it for what we are today fits perfectly.

I don't want to go into what it means to us, but if you want to translate it literally, it means "the devil revealed to all".

5. In the band logo you also have a sigil, do the band members have any interest in occultism?

Each member has his own initiatory path and his own relationship to the occult. We are all permeable to mysticism and the world of appearances that surrounds us is not enough for us.

6. Can you tell us a little bit more about the artwork that is presented on the recording?

It is based on a painting by MINA, an artist from Lyon (France). She is a friend of mine with whom I have worked several times. All her works have the same aura, but this particular painting seemed to be the best possible choice for the album cover. She readily agreed to its use as such, and we thank her for that. The reasons for our choice will certainly differ from hers for the creation of the artwork. It is therefore best to ask her to get the original meaning of her work.

7. Currently there are only 2 members in the band, are you open to expanding the line up or do you prefer to remain a duo?

That was true at the very beginning, but now we are four. Kra Cillag (guitar, vocals, keyboards), Kra Altar (drums), Fyr (bass) and myself (guitar, keyboards).  I think we will keep this core, and any further additions will only be for live shows or as guests for studio work. The creative process works very well this way.

8. Currently the band is signed to 'Code666', how did you get in contact with this label?

It was through our sound engineer. Once he finished mixing, he took the time to offer the album to some of his contacts. Code666 was one of the first to respond and show interest. After a few email exchanges, we decided that what was offered to us was exactly what we wanted for this album. So we didn't have to spend endless time searching...

We are at the very beginning of the promotional campaign. The album comes out at the end of the month. So for the moment I can't say. Anyway, so far, it was generally appreciated by all the people who had the opportunity to listen to it. Let's hope that it continues in this direction.

It's hard to say. The album is already very different from what it was when we started recording. At the moment, Kra Cillag and I already have material to work with, so we'll proceed in the same way as for "Arca Ende Aeterna", we'll see where it will lead us, without asking ourselves too many questions. There are things we want to test, experiment with sounds, everything is possible. What remains important is to keep only the essentials in the composition and not to hesitate to remove what does not serve the music.

11. What are some of the bands ro musical styles that have had an influence on your music and also what are you listening to nowadays?

Everyone has their own favourite musical universe. And I couldn't speak for the other members. For myself, I would say that I often go for creations that have a real sound identity, without limiting myself to a specific genre. I really appreciate everything that has to do with sound research and experimentation, and industrial worlds. If I had to mention only a few examples, there would definitely be a band like Neurosis, or Chu Ishikawa (a Japanese film composer).

And when we get together, the listening choices are very eclectic. So of course, at some point, we always come back to listening to Pink Floyd, but overall it's very varied.

So it's difficult to make an exhaustive list of bands that influence us, and it would be almost easier to list the genres that we almost never listen to (like death or grind for example).

The easiest would be to thank you for the album review and for this interview. 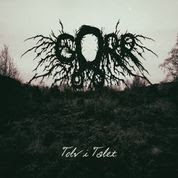 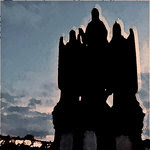 On  this  recording  Glyph  remains  true  to  the  raw,  lo-fi  and  depressive  style  of  black  metal  that  he  has  established  on  previous  releases.  The  production  sounds  very  dark  and  raw  while  the  lyrics  cover  dark  themes. 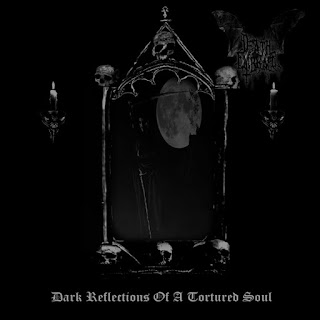 A  very  dark  and  ritualistic  sounding  intro  starts  off  the  album  before  going  into  a  very  fast  and  raw  musical  direction  which  also  utilizes  a  great  amount  of  tremolo  picking  and  blast  beats.  Dark  sounding  melodies  are  also  added  into  some  of  the  guitar  riffing  and  the  vocals are mostly  tortured  black  metal  screams. 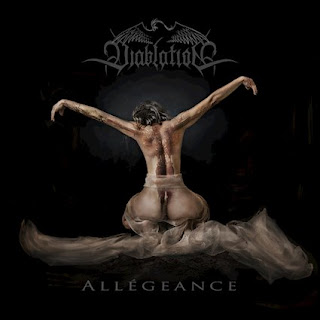