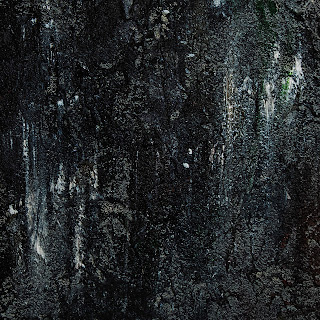 Elements  of  hardcore  can  also  be  heard  in  the  mid  tempo  sections  of  the  songs  along  with  the  music  also  being  heavily  influenced  by  post  black  metal.  All  of  the  musical  instruments  on  the  recording  also  have  a  very  powerful  sound  to  them.  The  production  sounds  very  professional  while  the  lyrics  cover  despair  and  oppression  themes. 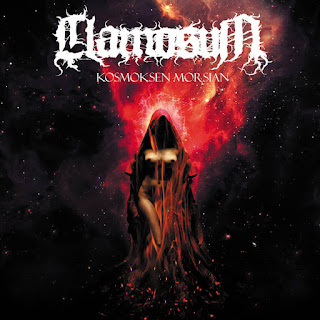 Clean  playing  starts  off  the  ep  before  going  into  a  heavier  musical  direction  while  the  tremolo  picking  also  gives  the  songs  more  of  a  raw  feeling.  Vocals  are  mostly  angry  sounding  black  metal  screams  along  with  the  faster  sections  of  the  tracks  also  adding  in  a  decent  amount  of  blast  beats.

Clamosum  plays  a  style  of  black  emtal  that  is  very  raw  and  traditional  sounding.  The  production  sounds  very  raw  and  heavy  while  the  lyrics  are  written  in  Finnish  and  cover  existentialism  themes. 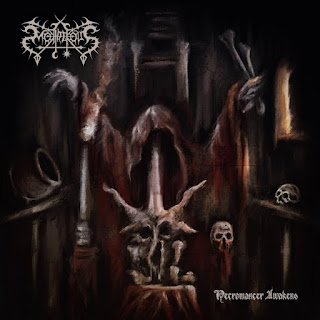 Mortiferous  plays  a  style  of  black  metal that  is  very  raw  and  aggressive  in  the  90's  second  wave  tradition.  The  production  sounds  very  dark  and  raw  while  the  lyrics  cover  Occultism,  Necromancy,  Darkness  and  Nature  themes. 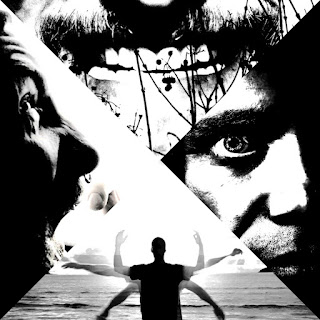 There is always lot of work to do if you are going to release some new stuff thoroughly. For our part we spent some time and effort to create visual material which always has been an important element of V/Haze Miasma besides the music. And additionally we´re already working hard on songwriting and recordings for our second full-length album.

2.You have a new ep coming out in January, musically how does it differ from the stuff you have released in the past?

Hard to judge by ourselves… But from my point of view it is rawer, darker, more emotional - but at the same time it appears to be more coherent, as if we just found the right path to go on. On „agenda:endure“ everything happened extremely spontaneous and impulsive. „Nebula“ still is very versatile, no track compares with another, but there’s a specific dark mood that is maintained over every single minute, no matter what instrumentation is used or if there are vocals or not.

The key element and impetus of V/Haze Miasma was and probably always will be the beauty and force of nature. But also its vulnerability which consequently leads to wrath and resignation concerning   human´s constrained but likewise ignorant and destructive dealing with it. This also includes addressing the narcissistic and exploiting temper of mankind when it comes to getting along with each other. And besides that the lyrics are always driven by self-doubt and dark personal and depressive feelings nobody is fully spared from.

4.Can you tell us a little bit more about the artwork that is presented on the ep cover?

Like the music the artwork for „Nebula“ this time is entirely done by ourselves. More precisely it is the elaboration of the first layout of my long time life companion, Regine, who had the awesome vision to combine the geometrical circle element of „agenda:endure“ with the visualization of our mutual desire for mountains, wilderness and nature.

To be honest, V/Haze Miasma started as a studio project and for different momentarily reasons I don’t see V/Haze Miasma entering a stage within the next months. But you know, things always change and develop very quick, and in a way I always liked the imagination of bringing this sound live on stage, far back in my mind. So never say never…

6.Currently you are signed to 'Supreme Chaos Records', are you happy with the support that they have given you so far?

Robby and SCR are great! I didn’t really care about labels when I started V/Haze Miasma as I appreciated mostly the freedom of just doing what we wanted, fully independent of any pressures of the music business. But I’m a fan of the idealistic approach of Robby and SCR, so this was kind of a first choice and we are super proud SCR are working with us in a growing collaboration where we still manage many things on our own. And I know there are many problems small labels like SCR are facing at the moment as the situation isn’t easy for everybody. So, to answer your question shortly: Yes, we are happy - even if we are still waiting for our re-release of „agenda:endure“  to finally please all the vinyl junkies out there, hehe!

7.Do any of the band members have any experience playing in other bands?

Oh yes, lots of! We each are still very busy in other bands and projects - most of them quite different to V/Haze Miasma. Roar (drums) plays in uncountable metal bands like Empyreal Sorrow (together with Wisdom), Revanchist and Meister Ehder. Shine (our clean vocals) is part of a fantastic - hold on - Irish folk band (Tir Nan Og) and does all the flutes, bagpipes there (and some backing vocals)! Wisdom (bass and producing) and Atmosphere (me, guitars and songwriting) are musical soulmates for almost 20 years now, played many years in bands like Shapeshift (Progmetal) and Gloomball (Modern Metal) together, spent endless times in rehearsal rooms, narrow vans on tour and shared many stages together. Not least we are sharing the same passion for dark and atmospheric music. I´m convinced this still is the basis for our current musical creativity.

We still are pure underground! Which is great - but also means there aren’t so many people out there who know us at all, I guess. But the reactions we received for „agenda:endure“ were overwhelming. I mean, we really enjoyed reading great reviews in common print magazines like Rock Hard, Legacy or Metal Hammer as well as in some nice and enthusiastic fanzines. But the essence of humbleness is to get direct reactions from individual persons who apparently just feel the same way while listening to our music as we do while writing it. And I can tell you - songwriting for V/Haze Miasma means emotional struggles and exhaustion…

9.When can we expect another full length and also where do you see the band heading into musically during the future?

As I said before, we are already working on the new album stuff so I’m confident there will be a new album in 2023 (as you know - everything needs its time). I think if you listen to „agenda:endure“ and „Nebula“ you’ll get quite a hint where our path is leading. But we ourselves are most of all surprised about the outcome when the last note is played and the last line sung on our recordings. So just let it happen!

I think you can hear some of my very personal roots in V/Haze Miasma. I never created music so close to my soul as it happens here. I always loved extreme music and especially was fascinated by the intensity and emotiveness of black metal bands like Satyricon or Emperor. But at the same time I grew up with Grunge and all this Seattle stuff - which for me isn’t  a contradiction. I think I just always liked intensive and emotional music. Today I listen for example to Ghost Brigade, Der Weg einer Freiheit, Katatonia, Enslaved, Cult of Luna, Behemoth, Solstafìr and all the fantastic Icelandic black metal stuff like Audn, Sinmara, Almyrkvi etc. but also to more progressive stuff like Ihsahn, Leprous or even the great Pain of Salvation. But you know there is so much good music out there. I´m also very into smooth stuff like Madrugada, Emma Ruth Rundle or PJ Harvey.

Definitely being outdoors, going for a hike, enjoying forests and mountains, being one with nature. And I still love to hang out on festivals - oh wait, that’s music again!

It still is a miracle to me when people show serious interest for our music and art. So thank you for letting me chat about it and THANK YOU ALL for reading until this last words and giving „NEBULA“ a shot in January! 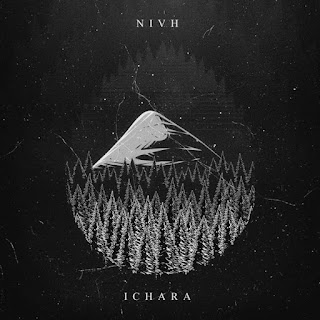 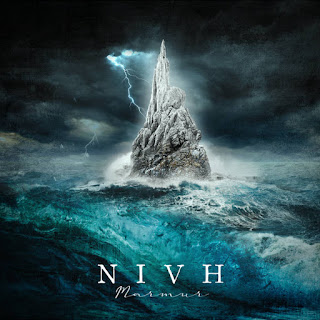 Acoustic  guitars  start  off  the  song  while  the  music  also  gets  very  atmospheric  sounding  at  times.  When  guitar  solos  and  leads  are  utilized  they  are  also  done  in  a  very  melodic  style  along  with  the  vocals  being  mostly  high  pitched  black  metal  screams  as  well  as  a  few  growls  and  clear  singing  and  the  riffs  also  add  in  a  great  amount  of  melody  and  the  second  track  is  an  instrumental  version  of t he  previous  reviewed  song.  The  production  sounds  very  professional  while  the  lyrics  cover  history  and  legends  of  Mother  Earth.