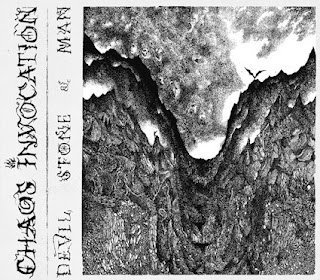 On  this  recording  Chaos  invocation  goes  for  more  of  a  modern,  aggressive  and  satanic  style  of  occult  black  metal,  The  production  sounds  very  professional  while  the  lyrics  cover  Satanism  and  Occultism. 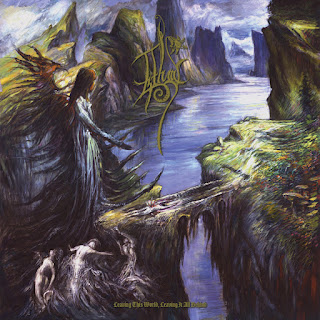 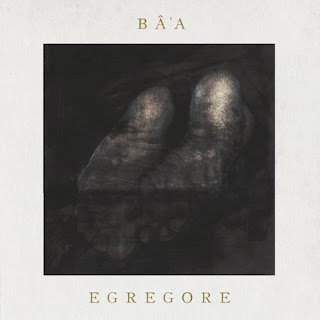 The  music  also  has  its  atmospheric  moments  along  with  a  couple  of  tracks  also  adding  in  a brief  use  of  Gregorian  chants.  Operatic  voices  can  also  be  heard  briefly  as  well  as  some  spoken  word  parts  also  being  added  into  certain  sections  of  the  recording,  a  couple  of  songs  also  introduces  clean  playing  and  classical  guitars  onto  the  album.  The  production  sounds  very  raw  and  heavy  while  the  lyrics  are  written  in  French  and  cover  Hermetic  Philosophy  and  the  Four  Horsemen  Of  The  Apocalypse.

1.Can you give us an update on what has been going on with the musical project since the release of the new compilation?

Since the release of LEGIONS OF THE GREAT EYE pt I & pt II ( recorded 2018 & 2020 ) Drugoth has been working on the second album following the debut album UNTO THE DARKNESS SWORN.

2.Your last full length was released in 2021, musically how does it differ from your previous releases?

It is an album in length and concept.

The songs have been written to be more captivating thus resulting them to also be lengthier compared to the earlier EP’s.

In the beginning the songs were more grindy and rarely over a minute in length with the demos and EP’s.

Kind of like being bludgeoned by a great dwarven hammer - quick and to the point.

3.The bands name and most of the lyrics come from the writings of J.R.R Tolkien, can you tell us a little bit more about your interest in his work?

Drugoth is of the harsh black speech tongue.

Delvers may find its true meaning if they wish.

Drugoth tells tales of battles to come, battles yore and all things fell in middle earth.

Drugoth is all written solely by himself.

All drums, riffs, lyrics and songs.

We do not demo or pre pro anything so the recording process is the first time hearing the songs fully formed.

Then the herald of woe SHOGRAATH does the recording of the riffs and adds his signature flare as well as his monstrous commanding low vocals.

5.Can you tell us a little bit more about the artwork that is presented on the compilation cover?

The compilation cover is a mid march selfie.

All the artwork for previous and future releases are created by JEROME CHAPMAN - a very gifted gentleman in the art of tattooing and artwork.

6.Currently there are only 2 members in the band, are you open to expanding your line up or do you prefer to remain a duo?

The very essence of the band is the duality twixt Drugoth and Shograath.

Life and death, sun and moon.

One can not exist with out the other.

Everyone else are the enemy.

7.So far you have worked with 'Corpse Torture Records','Ad Victoriam', and 'War Productions' on your physical releases. do you feel these labels have been very helpful when it comes to getting your music out there heard?

Corpse torture made a couple of cassettes which was appreciated but all communication has been nullified since.

AD VICTORIAM is the label of a dear friend of ours who is the mastermind behind CARATHIS, NARZISSUS and many more killer bands I highly recommend.

All these labels have aided the dark flame of Drugoth and we are very appreciative.

8.On a worldwide level how has the reaction been to your music by fans of black metal and crust?

This is music for orcs by orcs.

If others listen then we are grateful.

9.What is going on with some of the other bands or musical projects these days the drummer is a part of?

The debut SHOGRAATH record will be out soon which I highly recommend.

Drugoth is also a contributing drummer for SIGHTBLINDER, HELLNIUM and a few more projects to be released.

Drugoth offers his real drumming in a world of programmed drums that sound shit.

THIS IS TRUE UDÛN BLACK METAL

I am a big fan of Abbath solo stuff and even bigger fan of the lyricist Simon Dancaster.

Keep an eye on the horizon for the SHOGRAATH debut. 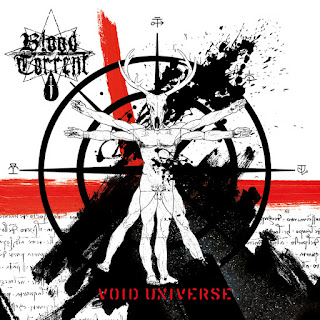 At  times  the  tracks  also  captures  the  raw  energy  of  punk  rock    as  well  as  the  album  also  has  its  progressive  moments,  spoken  word  parts  can  also  be  heard  briefly  and  a  couple  of  songs  also  adds  in  a  brief  use  of  clean  playing  along  with  the  closing  track  also  adding  in  some  melodic  vocals.  The  production  sounds  very  professional  while  the  lyrics are  inspired  by  the  works  of  Leonardo  Da  Vinci  and  George  Orwell  and  cover  existential  theory,  misanthropy,  subversion,  social,  system  critical  content ,  mental  illness  and  the  relationship  between  humanity  and  nature.