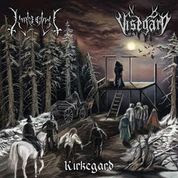 All  of  the  musical  instruments  on  their  side  of  their  recording  also  have  a  very  powerful sound  to  them  as  well  as  the  solos  and  leads  also  being  done  in  a  very  dark  yet  melodic  style  when  they  are  utilized,  growling  style  vocals  can  also  be  heard  briefly  and  acoustic  guitars  also  return  on  the  closing  track.  The  production  sounds  very  professional  while  the  lyrics  are  written  in  Norwegian  and  cover  blasphemy,  darkness  and  winter  themes. 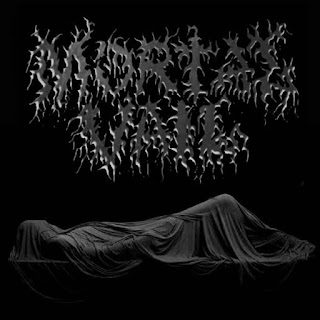 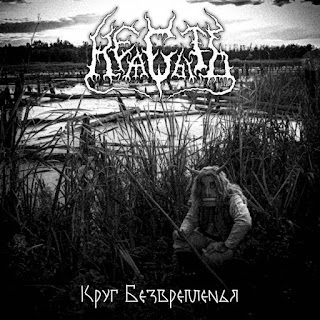 Nature  sounds  start  off  the  album along  with  some  shamanistic  style  beats  and  folk  instruments  a  few  seconds  later  while  spoken  word  parts  can  also b e  heard  briefly  before  going  into  a  heavier  direction.  Vocals  are  mostly  high  pitched  black  metal  screams  along  with  all  of  the  drum  beats  also  being  programmed. 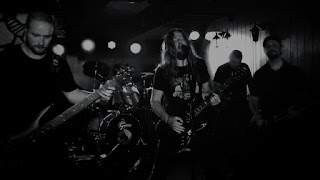 We are post black metal band from Prague, Czech Republic. You can hear elements of European old school black metal, post- metal but also some trash metal riffing or post punk rhythms in our music. Anyway, it is not any kind of ‘cross-over’ nor it is a purpose to be different. I just feel like the message that strongly stands behind the music has chosen the form. Really, when started writing and recording the music, I had no idea whether I will make some alt-rock, metal, shoegaze or grunge. I had absolute freedom. The covid thing just started, I lost my professional career, relationships, some friends… everything. Everything! I just took my old guitar, basic equipment and started to write and record with no intention, no expectations. It was just so natural and intuitive. I was really surprised by the intensity and rawness of the music I created. It was like ‘Oh, I created a monster… a living monster with its own purpose…’

2.In December you have your first full length coming out, musically how does it differ from your previous demo and ep?

The main difference is that the new album is recorded by the band. Demos have been recorded only by myself. The upcoming album includes the tracks some fans know from demos plus several brand new tracks. Anyway, even the new album contains some tracks recorded with my DIY approach – guitars recorded in old abandoned wine cellar, vocals recorded in my Bohemian forests or my car (the only place I could roar full-throttle during hard lockdown). They just got proper mastering - without losing their authenticity – and of course – real tectonic drums of our mighty hero Ferenc Feco, who spent his innocent musical youth in legendary Master’s Hammer.

The truth vs. false religions, the regularity of great world events, the fate of the individual in the midst of great world events, the rise of self-awareness... Some of Moorah’s lyrics are based on my previously published poetry, some are brand new. What I love about black metal is its fans. Deep, authentic, original, sensitive people who care. They perceive lyrics, they think about them… they translate them if a band they love have lyrics in some ‚strange‘ language like Norwegian, or Czech.

4.What is the meaning and inspiration behind the name 'Moorah'?

Phonetically, ‘Moorah’ sounds like ‘moth’ in Czech language. A moth explores darkness, but seeks the light. Maybe it flies towards the light empowered by its unique experience of the dark… In some languages Moorah means a very spiritual person who often relies on intuition for decision making. A person whose mind is rich and deep, but often closed for other people. A person that sometimes need seclusion in order to gain clarity about what is going on in its life.

I have already mentioned the moth… the one on the album cover has some non standard features – seeing eyes on its wings and antenna… A seeing, perceiving moth on a front of a geometric shape consisting of two triangles. And the sacred geometry on the back of the album… you will see. I could talk hours about its meaning.

6.Gas the band had any opportunities to do any live shows?

Fortunately yes. It is possible to do live shows here these days, so we have some awesome shows and also some not so awesome shows behind us. We are becoming ready for some serious touring and we are very excited about meeting our fans on live gigs.

7.The new album is going to be released on 'Art Gates Records', how did you get in contact with this label?

Some six moths above we were in a strange situation… the final mix of the album was about to be finished, when the boss of our label and our great supporter suddenly and unexpectedly died. I have addressed some labels that I know then and the guys at Art Gates Records seemed excited about the music we make and took care about the necessary business so we can concentrate on creating and playing music. I’m very thankful for their support.

We haven’t had the chance to speak with our fans abroad face to face yet. From what I see on our social networks and in messages we keep receiving, fans enjoy our authenticity and good old drive they know from old black metal acts that have created the genre (yeah, our drummer was one of the BM godfathers and you really can hear it), but in the same time they enjoy the creativity behind the music. The fact that we don’t have two similar tracks.

It’s hard to think about the future of our music, when the presence is so rich and so alive… It just will happen… depending on the circumstances. The live is always in motion. Maybe our next record will be more tight, compact, atmospheric… recalling my last music ideas, maybe we will have more slower compositions.

The more I play music, the less time I spend listening to music. Recalling what I have been listening to last months some local indie bands from 90’s, some local actual club bands, from worldwide known bands there are last records of big metal acts, but also some clever pop as The Garbage… and of course long time favourite Anathema. I really like bands that have somehow evolved. Not only technically but also spiritually. Maybe a little bit surprising for a frontman of an extreme metal band…  We have different tastes in Moorah. Some guys listens to 80’s metal, death metal, bass player is a death metal fan… we came from different subcultures, but we love what we do.

Music, visual arts and literature are my biggest passion. But I also like spending time in wild nature and I practise muay-thai and tactical shooting.

Thank you for your interest and good questions!