Somnolent  plays  a  musical  style  that  takes  industrial,  ritual,  dark ambient,  harsh  noise  and  bestial  black/death  metal  and  mixes  them  together  to  create  a  sound  of  their  own.  The  production  sounds  very  dark  and  lo-fi  while  the  lyrics  cover  apocalyptic  themes. 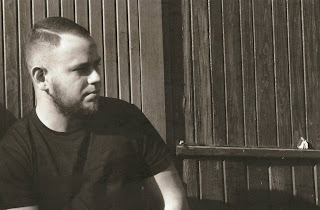 Autumn Nostalgie as a one man band was founded in 2010 in Somorja, Slovakia. From the beginning, I planned to play post black metal. The genre was very close to me at the time. For ten years, no ‘acceptable’ material was by the band (except for a few demo tracks). In 2020, the first album, Esse Est Percipi summarized the work of the past ten years.

2.So far you have released 2 full lengths, musically how do they both differ from each other?

The difference is in the fact that the atmosphere of Esse Est Percipi is much more melancholic, while that of Ataraxia is more cheerful and optimistic. Considering its sound it’s different too, because I didn't mix Ataraxia. What it tells is almost the same, in both cases it deals with metaphysical problems in a very personal tone.

3.You also have history playing dark ambient, how would you compare the stuff you are doing now to what you have done in the past?

The Fekete Erdő dark ambient project was a kind of an endeavor, after a few years of our existence, it finally fell into obscurity when Autumn Nostalgie was born. Three albums were released, but only distributed in underground circles. Finally after many years, a compilation of it has just appeared on tape.

4.The lyrics on the new album touch on metaphysical and philosophical themes, can you tell us a little bit more about your interest in those topics?

Philosophical thoughts and revelations inspired the atmosphere of the music. The lyrics are embedded in a musical atmosphere in which they can influence whoever reads them. On one hand, the texts are a very personal approach to subjective idealism, but beyond the symbols they are understandable, and there are many references to different philosophers. Fichte, Jaspers, Aristotle, Epicurus, Nietzsche, Berkeley, and Béla Hamvas all shaped the lyrics, and through it they shaped the music itself.

5.What is the meaning and inspiration behind the name 'Autumn Nostalgie'?

There is no particular story behind the choice of name, the idea of the name came in a completely intuitive way. I was walking at the end of our street, and suddenly the name popped out of nowhere, I liked it, and I knew right away that if something from the band ever got released, it would happen under this name.

I wanted to implement my own concept in the album cover. For a long time I was thinking about what kind of visual world would fit with the new album. Everything is considered a symbol in the cover. The Epicurus masks, the barren trees, the moon and the sun, and the blonde lady in a white dress. Among other things, the cover presents a change of tradition, where the lady tramples on the masks, replacing the sun with the moon, indicating that instead of solitude, we live in an age of lunar forces, where man is darkened in a metaphysical sense.

7.With the exception of a drummer, you record everything by yourself, are you open to working with other musicians or do you prefer to work solo?

I definitely want to continue alone, this is the only way I can unfold, create the music I see in myself. I would have to compromise with others, which I am not willing to do. I want to be fully involved in my music. I had to hand over the drums to someone else though, but that doesn’t change much the end result of the music.

8.The new album was released on 'Northern Silence Productions', how would you compare working with this label to your previous label 'Maa Productions'?

I have a very good relationship with both publishers (I believe). They are both very helpful and do a great job. This year, however, I had to make the decision to work with Northern Silence from now on. Because Maa Productions is Japanese, it is very difficult to meet European needs.

I received very good feedback. I was surprised since I could only rely on myself with Esse Est Percipi, I didn't get any help with the sound or master, and still I got very good feedback. Similar to Ataraxia, where I already had a more professional sound as it was made in Gila Studio.

At the moment we are working very hard on live concerts. We already have some performances organized for the next year. Now I’m going to put the studio albuming aside for a while, I’ll be waiting for new inspiration, and in the meantime live performances will replace writing the music.

The album itself was not inspired by any musical style. I’ve been listening to black metal since I was young, I come from that spirituality, but I consciously wanted to move my music into a different direction. For me this is what post black metal means. Spirituality is the same, but the unfolding of music is different. I wanted to create something very deep and something that can be felt strongly. I didn’t want to create a mediocre piece of music with riffs that had been written countless times before just repeated. The biggest impact for me was the early stages of black metal. Bathory, Burzum, Mayhem, Darkthrone, these have always been the determinant ones. In addition, Alcest’s first EP showed that black metal can be expanded in a way that doesn’t hurt its spirituality.

Thank you very much for the opportunity! 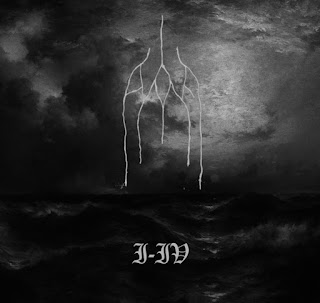 Dark  soundscapes  start  off  the  ep  before  going  a  very  fast  and  raw  musical  direction  which  also  utilizes  a  great  amount  of  blast  beats  and  tremolo  picking.  Melodies  are  also  added  into  some  of  the  guitar  riffing  while  the  vocals  are  mostly  angry  sounding  black  metal  screams  and  the  music  also  mixes  in  elements  of  thrash  and  traditional  metal. 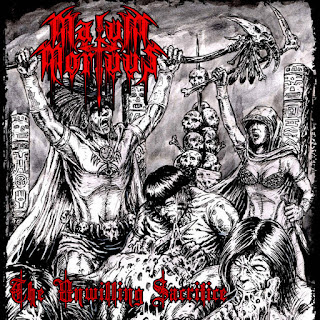