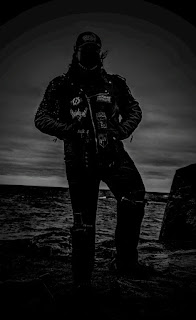 1. My project is Skvm, a raw black metal (RABM if you want to be particular about it) project based out of Maine. I try to write a mix of music that can be fast and aggressive, or slow and haunting that is representative of the things I believe.

2.Since 2020 you have released a good amount of material, can you tell us a little bit more about the musical style that you went for on the recording?

2. Generally speaking, I think Voidwailer is definitely different stylistically from say the demo. It's a lot faster, but also a bit cleaner production-wise. I still wanted to make something raw, but I switched up how I made it raw this time around.

3.Previously you where a part of 'Morphine' what was the decision behind leaving that project and forming a new one?

3. Morphine was a very short-lived project. We really only put out one rehearsal demo and that was kind of it. It was just me and Moloch most of the time. I really don't want to get into specifics about why that project ended, because much of it is rather personal. All I'll really say is that I started Skvm because I became the only person I had to make music with at the time.

4.A lot of your lyrics cover anarchy and anti fascist themes, can you tell us a little bit more about what these mean to you?

4. I was once told to "Write whatcha know". I hate nazis and systems that benefit off of the exploitation of people so I wrote songs about that stuff. It's hard to justify a world where you have people so rich and powerful they can literally get away with murder, while also having people being encouraged to plead guilty to crimes they didn't commit by overworked, underpaid public defenders because they couldn't afford a lawyer. That kind of stuff seriously angers me, so I write songs about it.

5.What is the meaning and inspiration behind the name 'Skvm'?

5. Truth be told it started off kind of tongue and cheek. The name I used in Morphine was Skvm Fvck, because someone once called me that after mistaking me for someone else on the street. I thought that was funny, so I used it. The name basically started as a joke, but I think it does do a good job of representing the music. It's not uncommon to see folk on the far left called scum by those on the right. It's a pretty common insult we receive, and I think spelling it SKVM definitely lets you know what you're in for musically.

6. Open and hoping to do so in the near future. I think Skvm is going to remain a solo project (with a session drummer or something here and there) but there are a number of really, REALLY fantastic musicians around here that I would love to collaborate with.

7.In the last year, you have released a good amount of material, do you spend a great portion of your time writing and creating music?

7. I try to keep the releases frequent. If the people who like Skvm are anything like me, they listen to a lot of music, and like a pretty consistent flow of new stuff. I dedicate a pretty significant amount of my time when I'm not working a day job to trying to write new stuff. It keeps me sane and feeling like I'm doing something that I can actually care about.

8.On the full length you also done a 'Sepultura' cover, what was the decision behind doing your own version of one of their songs?

8. I fucking love Sepultura and decided I needed to pay homage, especially to that era of the band. Max and Iggor Cavalera are probably my biggest inspirations, and it's been really really cool seeing Iggor show some love to the RABM scene. I had originally wanted to do a cover of "Territory" but decided the riffing on "Antichrist/Anticop" was maybe a little more in line with the rest of the album.

9.A month ago you where a part of a split with 'Mortal', what are your thoughts on the other project that had participated on the recording?

9. Working with Mortal was fantastic. I'm incredibly happy with how that split came out. Mortal is a fantastic project that personally, scratches a similar itch to the likes of Old Nick. Mortal has been one of my longest-standing supporters, and to be able to collaborate was a genuine pleasure. Go listen to "Eternal Vengence".

10. Wildly positive for the most part, especially from folks local around here. It's wild to me that the project has even reached an international audience. While most of my audience is in the US, there's also a pretty large following from the UK, Germany and Brazil which is wild.

11. I see myself still continuing to make music as Skvm. This project has genuinely been the most fulfilling thing I have ever done and I am not slowing down.

12. It kind of depends on what I'm listening to, but consistent inspirations include every wave of black metal, as well as thrash, and punk. Darkthrone, Immortal, Venom, Sepultura, Discharge, Institute, stuff like that.

13. This was my first interview so apologies if it was shit. 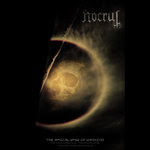 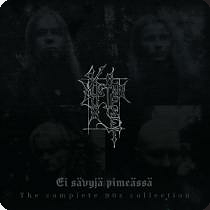 In  my  opinion  this 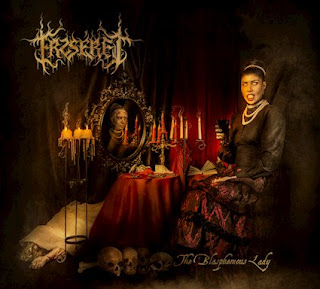 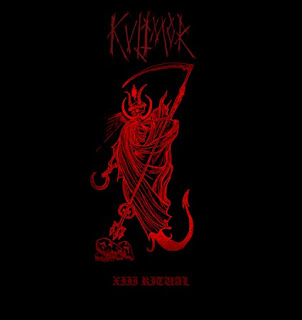 Ritualistic  soundscapes  start  off  the  album  along  with  some  demonic  sounding  voices  in  the  background  while  the  synths  also  bring  in  elements  of  dark  ambient  and  also  mix  in  with  the  heavier  sections  of  the  songs  at  times.  Vocals  are  mostly  grim y et  high  pitched  sounding  black  metal  screams.

Clean  playing  can  also  be  heard  at  times  along  with  some  whispered  vocals  also  being  added  into  certain  sections  of  the  recording  as  well  as  the  solos  and  leads  also being  done  in  a  very  dark  yet  melodic  style  when  they  are  utilized,  when  spoken  word  parts  are  added  onto  the  album  they  also  enhance  the  ritualistic  side  of  the  music.  The  production  sounds  very  dark  and  raw  while  the  lyrics  cover  Diabolica  Quimdanda,  Left  hand  Path  Occultism  and  Ritualistic  themes.