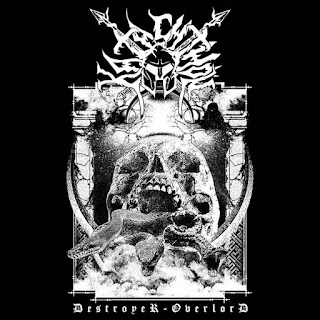 On  this  recording  Katachthon  takes  the  first  and  second  wave  era's  of  black  metal  and  mixes  it  in  with  influences  of  war,  death  and  thrash  metal  to  create  something  very  different  from  their  previous  releases.  The  production  sounds  very  raw  and  old  school  while  the  lyrics  cover  War,  Hellenic  Mythology  and  History  themes. 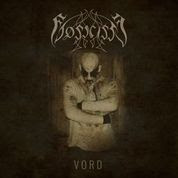 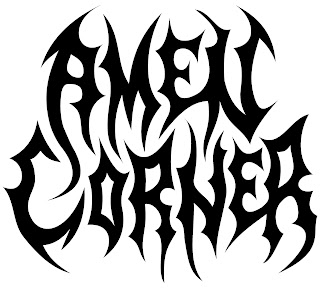 1- We returned to rehearsals in October, the band was stopped due to the pandemic.  We are slowly returning to normal.

2.Your most recent full length was released in 2018, musically how does it differ from the stuff you have released in the past?

2- Yes, it was released in December 2018, we tried to make it as similar as possible to the band's first albums, it was heavier, a little more analog and with more technique.

3.Most of your albums are released 3 to 4 years after the previous one before, can you tell us a little bit more abotu the long wait in between releases?

3- this method has been used because the guitarist who composes it likes to work calmly so that the songs never sound too much the same as the previous ones.  And we don't have label pressure either.

4.Most of your lyrics cover Satanism, Paganism and Occult themes, can you tell us a little bit more about your interest in the dark arts and also how has your interest evolved over the years with the left hand path?

4- I've always liked and was interested in the occult, black magic and also polytheism, worshiping the gods and not just a god.  I believe and also write about life after death, spirits.  But the biggest inspiration comes from the archangel Lucifer and his legions 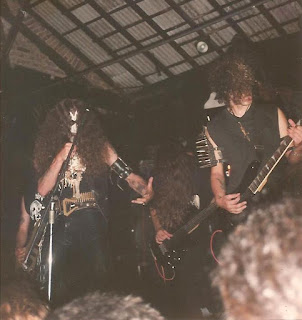 5.You also show a lot of hatred for the Christian religion lyrically, can you tell us a little bit more about your hatred for this religion?

5- Christians have always wanted and still want to impose themselves.  They destroy cultures, destroy polytheism, turn gods into terrifying demons, Christians are the greatest plague in the world.

6.What is the meaning and inspiration behind the name 'Amen Corner'?

6- For us Amen Corner means the Catholic confessional, that place where idiots confess their sins to a mere mortal.

7.In November Nomad Snakepit Productions are re-issuing your 1995 album, can you tell us a little bit more about the newer version?

7- Here in Brazil it's a very revered album and considered a classic, finally it will be released in Vinyl version by Nomad Snakepit, and now our intention is to take our music to a more global scope.

8.Can you tell us a little bit more about the artwork that is presented on the re-issue cover?

8- Fallen Angel from heaven to earth to reign here.  On the cover are twin brothers Ahura Mazda and Ahriman representing the fallen angel. 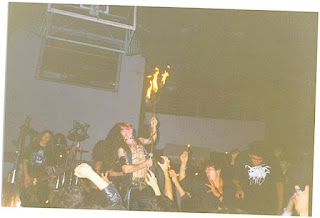 9.The band has been around since 1992, what is it that motivates you to keep going after almost 30 years?

9- Black Metal is in our blood and in our souls, it motivates us.  I can't imagine myself without the Amen Corner.

10.The band was also around in the beginning era of the second wave, do you feel that you have been a huge influence on some of the bands that have came out in the last couple of decades?

10- Of course, absolutely, especially here in South America. Many bands were influenced by Amen Corner.

11.What are some of the best shows that the band has played over the years and also how would you describe your stage performance?

11- There were many shows and festivals, all are and were very important to us.  Our stage performance is a lot of energy and a lot of blasphemy and Black Metal.

12.When can we expect newer music and also where do you see the band heading into musically during the future?

12- we've already started composing new songs.  In 2022 we will be releasing our new album celebrating 30 years of pure Black Metal.

13.What are you listening to nowadays?

14- Amen Corner thanks you very much for the interview and support of Occult Black Metal Zine and the Nomad Snakepit Pit.  I hope our music reaches the dark souls of Europeans.  Hail Satan Ave Lucifer. 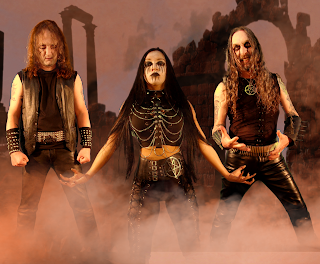