samedi 24 mai 2014 à 03:11
1.Can you give us an update on what is going on with the band these days?
Currently I'm in the songwriting process for our debut album. One or two songs are already finished and others await the completion.
2.A few months back you had released your first ep, how would you describe the musical sound that is presented on the recording?
Well I tried to come up with a norwegian black metal sound in general and then mixed in some other elements. Atmosphere was my main focus, but I also experimented with modern influences.
3.What are some of the lyrical topics and subjects the band explores with the music?
On our first EP, the lyrics used were poems that I had written during the months and years before. The topics are mostly death, transience of life, nature and its processes. Maybe here and there with some morbid irony included.
4.I know that the band name comes from Norse Mythology, would you consider the band pagan or heathen?
There isn't actually an idea behind the band name Hjel. It came to my mind as a smoother version of the norwegian word Hel, but I didn't intend to include mythology here. I was quite suprised though, as later I found out that it is similiar to an old norwegian word for death or something.
Considering that, Hjel was not pagan/heathen in the first place. But as songwriting goes on for the next release, there is a possibility I will switch a bit onto that lane, for some of the new upcoming riffs resemble the pagan era of Bathory.
5.Currently there is only 2 members in the band, are you planning on expanding the line up in the future or do you chose to remain a duo?
The only instrument that is actually missing in the band is the drums. They were programmed on our first EP and yes, I plan to use real drums next time, so I will be searching for a drummer to get on board.
6. The new ep was released on Senseless Life Records, do you feel they have given your music a great amount of support?
Yes yes indeed. I remember there was a second label interested in us, but the great thing about Senseless Life Records for us musicians is that they let you keep your rights on your music, as you wouldn't sell your soul that was the decisive point. And I still can say it was a good decision, they promoted our work, pressed CDs for free and offered other duties as well. It is most likely that we will stay with them for the next record.
7.On a worldwide level how has the feedback been to your music by fans of black metal?
We received some positive responses for sure, people telling us that they like the music, some reviews with good grades, many downloads. I think we haven't got enough responses to firmly state that people like the music, but as a black metal musician that isn't my aim anyway, we make the music and people will like it or not.
8.Are any of the band members involved with any other musical projects?
Munin also sings in a black metal band from Karlsruhe called Golgothar. I recently made up an Ambient project with the name Alhazred, of which I released the first album in April.
9.When can we expect a full length album and also where do you see the band heading into musically during the future?
There's still a small chance we can release our debut album in 2014, but next year seems more probable. Musically I'm currently heading towards old school black metal, like Bathory as I already said, Gorgoroth, Darkthrone... You can also expect some modern riffing and fairly melodic leads.
10.What are some of the bands or musical styles that have had an influence on your music and also what are you listening to nowadays?
My main inspiration comes from scandinavian black metal and from the modern german post black metal scene. I am also quite into pagan black metal, death metal in its variations and some substyles of doom.
11.What are some of your non musical interests?
Archery, history, nature.
12.Before we wrap up this interview, do you have any final words or thoughts?
Thank you for the opportunity to have this interview, thanks to our label for great support and thanks to everyone listening to (and maybe purchasing) our music!

A  very  old  school  and  melodic  Swedish  style  black  metal  sound  starts  off  the  album  along  with  some  grim  sounding  high  pitched  screams  and  the  music  also  speeds  up  at  times  along  with some  programmed  blast  beats  and  all  of  the  musical  instruments  have  a  very  powerful  sound  to  them  and  after  awhile  acoustic  guitars  are  added  into  certain  sections  of  the  recording.

Elysium  creates  some  great  quality  melodic  black  metal  that  is  a  little bit  on  the  raw  side  with  this  album  while  also  demonstrating  a  great  amount  of  talent  and  skill  with  his  music,  the  production  sounds  very  powerful  for  being  a  self  released  recording  while  the  lyrics  cover  trues  and  ancient  cultures  of  the  world  along  with  a  few  lost  continents. 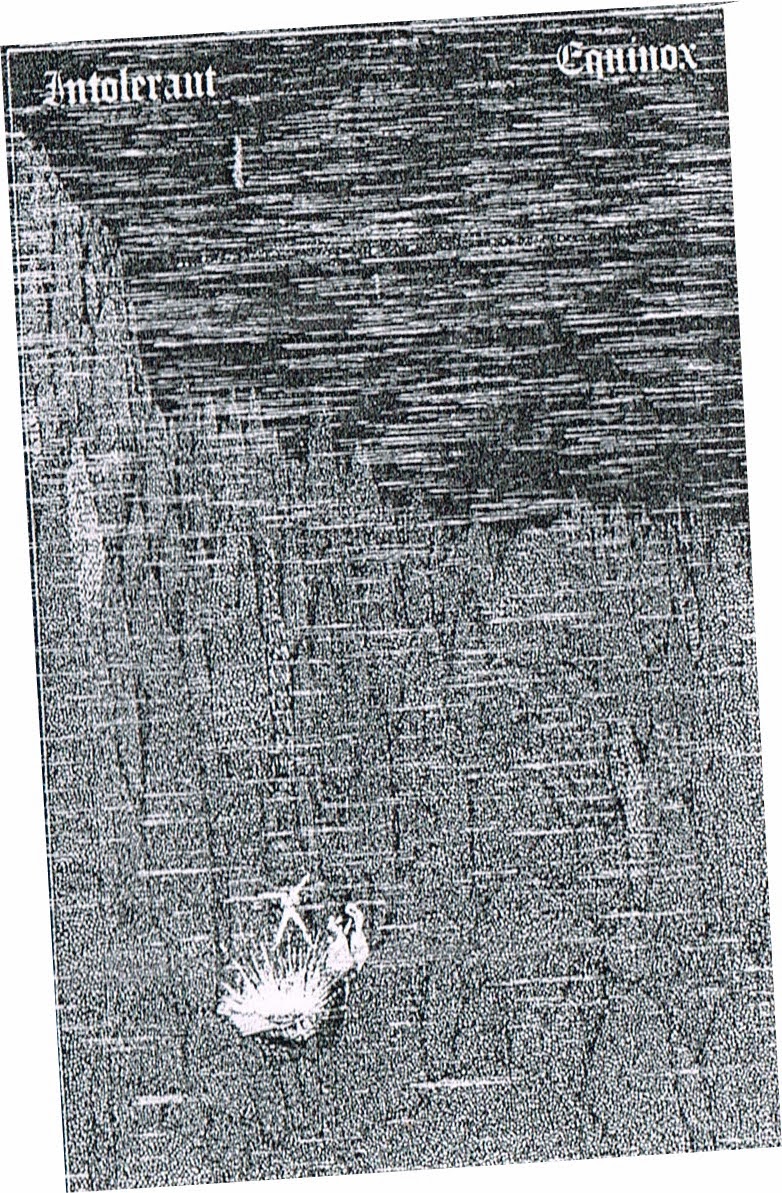